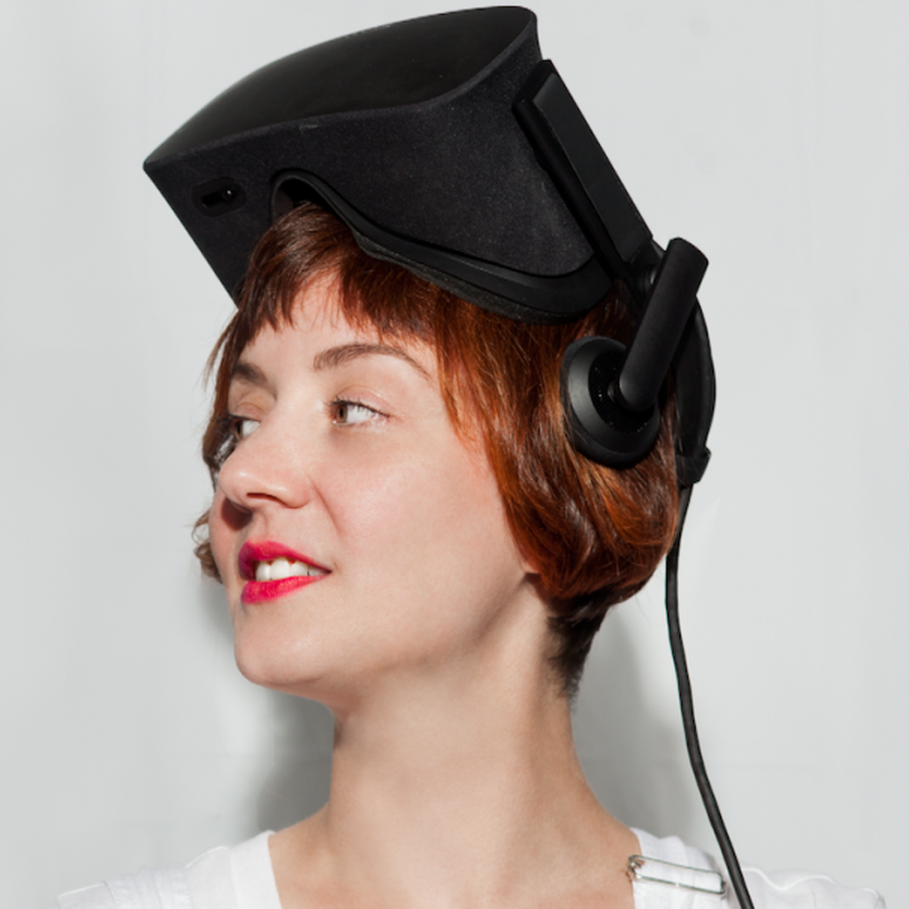 Amelia Winger-Bearskin is an artist, technologist, and organizer who develops cultural communities at the intersection of art, technology, and education. She founded  IDEA New Rochelle, which partnered with the NR Mayor’s office to develop citizen-focused VR/AR tools and was awarded the 2018 Bloomberg Mayors Challenge $1 million dollar grant to prototype their AR Citizen toolkit.  She is a Google VR JUMP Start creator, co-directing with Wendy Red Star a 360 video story about Native American Monsters which was selected for a McArthur Grant through the Sundance Institute Native New Frontiers Story Lab 2018.  It is on display at Newark Museum beginning February 2019.

Amelia was a professor of time-based media art and performance art at Vanderbilt University for five years before returning to her roots in NYC creative technology, graduating from NYU’s Interactive Telecommunications Program in 2015. In 2016 she went on to found and direct the DBRS Innovation Labs, an applied ai research lab that specialized in developing creative uses of artificial intelligence and machine learning technologies.

Amelia is the founder of the Stupid Hackathon, which now holds events around the world.  She is a fellow of the  Sundance New Frontiers Lab 2017 , a 2017 Sundance Institute Time Warner Fellow, in 2017 she was awarded the Engadget Alternative Realities Prize for her VR experience Your Hands Are Feet in collaboration with Sarah Rothberg. She was a member of the 2017-2018 cohort at NEW INC(the New Museum‘s cultural incubator). In 2016 she was an Oculus Launch Pad Fellow and an Artist in Residence at Pioneer Works 2016, Her art is part of the permanent collections of the Guggenheim Museum and the McCord Museum. Amelia is Haudenosaunee (Iroquois) of the Seneca-Cayuga Nation of Oklahoma, Deer Clan.