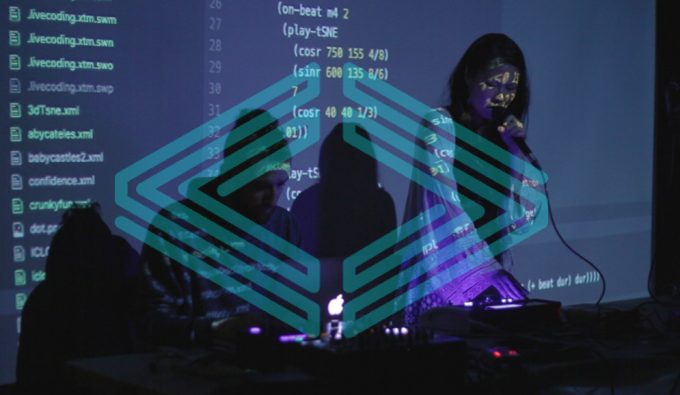 Experiments with AI, machine learning and other algorithmic techniques

LiveCode.NYC is an artist collaborative that performs both art and music by programming computers live in front of an audience. Unlike typical electronic music that is seen today in dance clubs, a performance involving livecoding requires that the code for both the music and visualizations be projected for all the audience to see as it is created. Livecode performances are called Algoraves, and the instrument of choice are the computer languages that each performer has either mastered or created to provide the best expression of their artistic ideas. Musical performances vary from ambient pieces, to melodies with danceable beats, to experimental sounds and polyrhythms. Music is accompanied by visualizations as well, sometimes programmed by the musician, sometimes programmed by a separate visual artist. LiveCode.NYC has been on the cutting edge of the global Algorave movement and is an inclusive organization open to anyone interested in learning and participating in the art form. Learn more at http://livecode.nyc/